So many minion designs, so little time. I’ve never made a pattern for an ear flap hat before, and this was a popular request. So here we have it, a minion ear flap hat, knitted in the round.

I think it is a little trickier than the other minion hats I have listed. I also crocheted the eyes, but these could be made out of white felt.

You can either knit this yourself, or purchase one made especially for you here.

All my “Despicable Me” patterns are available here for free

This pattern is a teen-adult size. For other sizes, adjust the number of stitches casted on. 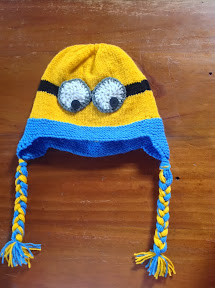 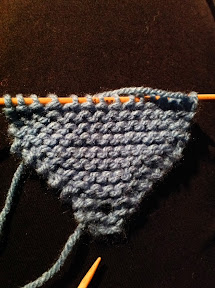 Leave on needle, and make another. 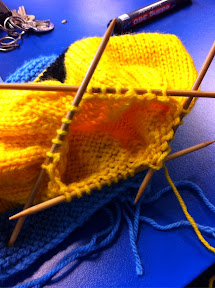 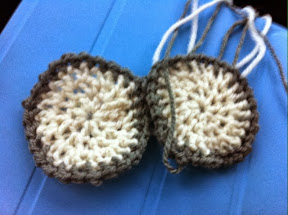 Crochet or blanket stitch in grey around the white circles.
Sew onto the front of the hat, on the black band. 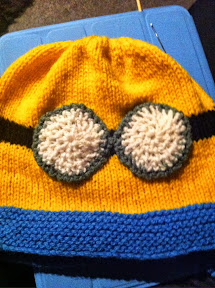 Sew on 2 buttons for eye-pupils 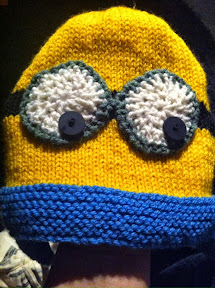 Cut lengths of yarn for the tassels.
Thread and loop through the holes made in the ear flaps. 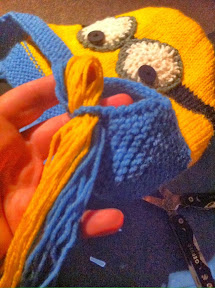 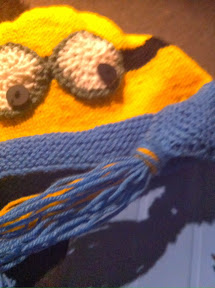 Braid and tie the ends. 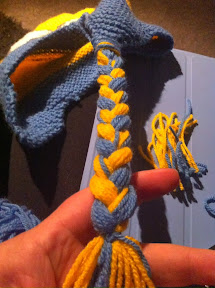