Well, it has been a crazy, crazy week.

It started with buying a greenhouse…. And half way through the construction, the damn thing collapsed. So long story short, and many, many tears, we are rebuilding the greenhouse this weekend. I’m excited and nervous all at once about it. 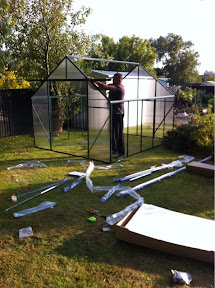 Then there was the earthquake- 6.3. We didn’t have any damage, but it stops you sleeping properly for a while. I was watering the garden when it happened, and all I could think was, “last time I was baking… Did I turn the oven off?” I was in wellington when the big one struck there, and being with 50 kids at the time, I was totally calm. However, when I go home I was in total shock. Now I get worried about everyone we the earth shakes. So I must check the “Be Ready” Disaster kit and see what needs replacing.

Then I got sick. And the dog got sick. To be fair, I have endometriosis. And this is fairly frequent. So I have been dealing with chronic pain, constipation, nausea and vomiting for the last week, on top of all the regular period stuff. And the dog has had ongoing back pain for the last 6 months, on and off. She was depressed for a while and on antidepressants (yes, my dog has major anxiety issues…) but we got a second dog to replace the old one who passed on in December. Both dogs are gorgeous, but I only hope that we find what is causing Rosie’s pain soon. She has X-rays on Friday. Here are the doggies. Rosie is in the back, and Solo in the front. Both beagles. 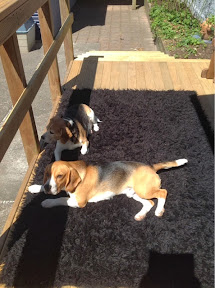 And then there has been the gardening. With the greenhouse coming, we picked up a mass load of compost. And when I thought we wouldn’t have one… I spread the stuff everywhere. And built another garden bed. But, the greenhouse will be restored…. So now I just have to sort out the garden beds in there. Wait and see what I have planned. And I think I shall build it tomorrow. 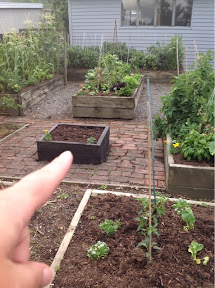 Unfortunately I painted the new raised bed I built. So now I think I want to paint all the old ones to make them just as tidy.

I planted carrots, beet root and spring onions today, and tried some rocket in the new bed. We shall see how my root crops go.

And I have been cooking up a storm. There will be recipes on the way to this blog… For an Indian inspired Shepherds Pie, some quick and easy Naan bread… And a few other bits and bobs. We bought a rotisserie oven before I went to China, mainly so the husband didn’t starve to death… But it has been the best thing ever! That, and my induction hot plate arrived, and my bok choi is almost ready…. I sense Hot Pot coming soon!

And with the knitting, I have been on a frenzy of gifts, and yarnspiration. Now I need to sit down and work out which patterns to publish here, and which need to be adapted further. 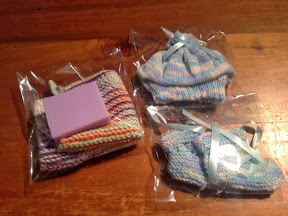 But I haven’t forgotten the blog…. I’ve just been so busy! Life gets that way, and with school kicking off next week, time will again be stretched.

So….. the New Years resolution was to not buy more yarn…… I bought yarn 😂🧶 @thekindlydyer (but in my defence, it’s beautiful, local, eco-dyed and I didn’t go crazy 😂)