I have been busy, I promise.  I know it has been a wee while since a new pattern, other than the Shirt and Tie Slippers (which won by the way)… but I tell you, it is a bit of a challenge to pattern test so many in so many sizes!  Hats, well, they are easier as they generally have fewer sizes.

I’m in the throws of another novel.  Slow starting, but it is getting there.  The problem with November is that it is really busy at the start… then winds down.  Bring on the downtime!

I had so much fun with “Alice in Wonderland” being a rather less evil queen than in the book.  My skin has nearly recovered from the facepaint.  I somewhat live for the attention to be fair….

Part of the cast of “Alice in Wonderland”

The garden is all planted, but with late frosts, I’m not sure how much of the crop will last.  This year I am growing most things from seed, which is so far working out.  But, we shall see.

Today would have been the 19th birthday of one of my students.  She was everything one would want in a student, daughter, or human.  Ever loving, witty, dilligent, compassionate, fiercely loyal, and determined.  I was completely blessed by teaching her for 5 years, and travelling with her to London and Paris last year.  It’s still really hard to comprehend that she is gone, but at the very least, I am glad that our last conversation ended on “I love you”.  It is now my pretty stoic mission to spread that love, and remind everyone to end conversations and encounters well, as we never know when our last one will be. 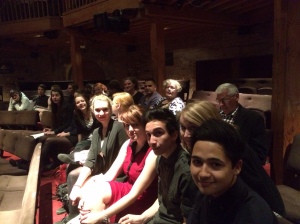 At the Swan Theatre. It was an amazing evening up in Stratford upon Avon.

There are knitting patterns due to hit on here, and on Etsy shortly.  Some are being held back as they are part of a surprise gift, and others are still in the testing stage.  There are also a whole swag of patterns in the updating phase, especially the always popular Minion patterns. (here available for sale). 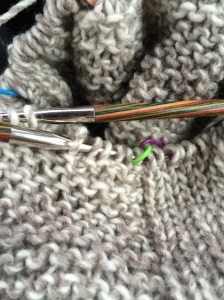 In the mean time, hello, and back to the needles.