I dislike seafood. Everything about it. Yes, the vegetarian in me repels it. But, I cook it for the husband. The rule is simple, no heads, no scales, and no icky bits to deal with.

Mussels are the limit of icky bits.

The husband likes this dish a great deal. Personally I would opt for evaporated milk (I make a vegetarian version with veggie sausages), but he likes coconut milk. Go with your preference. My apologies for the poor images, there was a lot of steam in the kitchen. I was making soup at the same time. 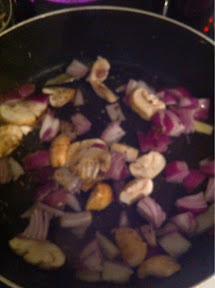 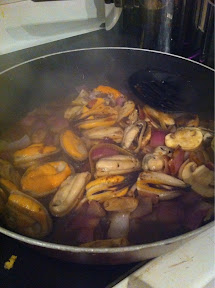 Boil the fettuccine until almost cooked in a separate pot. Throw the coconut milk and stock in the pan as the pasta boils. 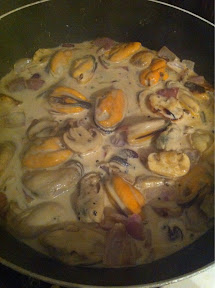 When cooked, drain and add pasta to the pan. Cook for a few minutes as sauce thickens and pasta completes cooking. 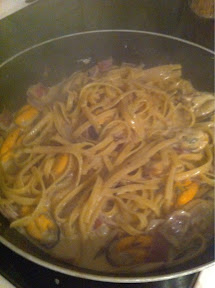 Allow to cook through and serve.

So….. the New Years resolution was to not buy more yarn…… I bought yarn 😂🧶 @thekindlydyer (but in my defence, it’s beautiful, local, eco-dyed and I didn’t go crazy 😂)